Those Who Can, Teach

46After three days they found him in the temple, sitting among the teachers, listening to them and asking them questions. 47And all who heard him were amazed at his understanding and his answers.

And his name shall be called

There are of course many other names for the second person of the Holy Trinity heard in this season of Christmas. Jesus, Emmanuel, Son of the Most High, Son of God. King of King, Lord of Lords. I’m certain I’ve missed out some of the more elaborate titles found in some of the older carols as well.

And then there are those names that reflect his ministry and mission. Let’s start with the seven great I AM statements from John’s Gospel: the Bread of Life, the Light of the World, the Door of the sheepfold, the Good Shepherd, the Resurrection and the Life, the Way and the Truth and the Life, the True Vine.

There are also those names we use ourselves as we try to put into words and worship our relationship with him. Messiah, Promised One, Miracle Worker, Saviour, Judge, Lamb of God, Brother, Friend. For me I find myself drifting between the specific and, to me precious, ‘Redeemer’ and the all-embracing proclamation that he is ‘The One Who Loves us Best’ – all of us, not just me and my like-minded friends.

But what did people call him when he walked amongst them?

In the four Gospels the title most used for Jesus is not some grandiose statement about his destiny or eternal reign but the simple appellation Teacher. He is called ‘Teacher’ (or ‘Rabbi’ or seen teaching) 85 times in all. So it should not surprise us to find him teaching in the Temple whilst still of tender years – although this happens to be one of the times when he isn’t called Teacher.

If the Babe of Bethlehem grows up to make anything out of his life it is not to be a healer, miracle worker, or portable food bank, but a Teacher.

Which rather suggests that if we want to follow Jesus our focus should not be so much on his wonder working, his arguments with Pharisees, Sadducees and Herodians, or even on what His disciples said about Him. Instead we should be paying most attention not so much to what he did but what he taught.

This is not as easy as it sounds, John overflows with hyperbole, Matthew and Luke seem to have cribbed off of each other, and Mark only has one major parable – that of the Sower – and infuriatingly and repeatedly records that Jesus started to teach without writing down what he actually said!

Those who learnt their theology in the decades immediately after the Second World War generation will remember Biblical Commentators emphasising that the text they were discussing was ipsissima verba Jesu – the very words of Jesus – as if saying something in Latin lent authority to it.

For my era this certainty was superseded by the much more liberal and sceptical academics of groups such as The Jesus Seminar who went on an earnest journey in search of the Historical Jesus, (even though many of their critics set out to disprove the existence of Jesus altogether). They were searching for the real man on Nazareth untarnished by the hysteria of the disciple and the needs of the widely different audiences for whom the four evangelists wrote their gospels.

Today as we try to find out what the teacher actually taught we may find ourselves pretty hard pressed!

But, as the angel would say, Fear Not! For, be your choice of academic be biblical literalist or sceptical atheist, there are some things that the whole spectrum of academia agree on.

Simply this, Jesus was a real person who lived in First Century Palestine, he was a well-

known popular teacher and the core of all that he taught is found in the Sermon on the Mount (Matthew Chapters 5-7).

So, if we want to follow the star this Christmas the road map is found in the directions of just three of the 939 chapters of the Bible. This Christianity lark should be a piece of cake then 😀

In the next few days we will be turning to a New Year and many of us will be making resolutions to live differently, hopefully more for others and less for ourselves.

If you’re stuck for ideas why not read these three chapters before midnight on Monday? You can find them on YouTube if you like and it will only take about 15 minutes, surely not a large commitment out of the 525 600 minutes ahead of us?

If, and I know much will happen in many of our lives between now and the stroke of Monday midnight, you find that a challenge. Let me give three short takeaways that may form a foundation for not only a prosperous but also a faith-filled 2019.

Because God loves you deeply. God wants each of us to be named amongst the Blessed in that list of beatitudes with which Chapter Five of Matthew begins. Which is why the list is so comprehensive and reaches out to those who feel perhaps that life, the world, and even God has passed them by.

Each and every one of us here is cherished, adored and cared for by ‘The One Who Loves 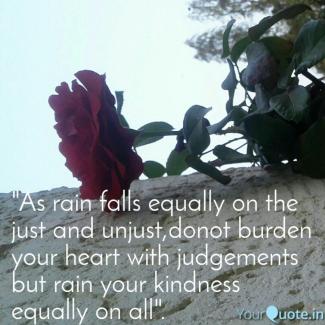 us Best’. So if 2019 seems full of uncertainty and insecurity know that you are held by a love that surpasses all our sin and failings, our questions and our faithlessness.

Because God loves them. The rain and the sun are sent on the just and the unjust, the righteous and the unrighteous. God cares about our fallings and failings and our sins but God also cares for sinners. As Desmond Tutu used to remind his clergy frequently, ‘We worship a biased God, God loves sinners!’ God cares for those who don’t deserve care and those who choose wrong over right, how can we not reach out to them as well? After all God reached out to us? 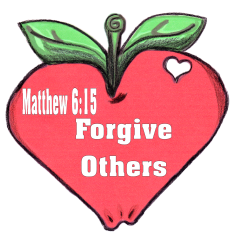 it is his willingness to proclaim forgiveness to everyone Jew and Samaritan, Roman and tax collector, the Thief on the Cross and even his own traitor.

I get it wrong, I guess most of us here get it wrong from time to time, which makes us not that much different from those who didn’t make it into church today or those fearful of entering in case they are stuck with a bill for roof repairs! God forgives all of us and measures our response by the way we go out and forgive others.

There you are. Three simple New Year resolutions from Jesus, who was teaching people since he was 12 years old apparently ‘lost’ in the Temple.

Love God – do one thing more this year, an extra devotion or commitment to help others, to show that love.

Love Others – especially those from whom you expect you’re love to not be returned.

Forgive All – Too many Christians limp their way into heaven because they are carrying someone else’s sin with them as well as their own. Forgive them and find freedom.

Take a few moments of quiet during the Prayers this morning to listen to the voice of Jesus the Teacher.

Let him teach you about Love of God, other and forgiveness for all.

Let him bring people and situations to mind. Be honest with God, I guarantee that if you listen with an open heart you will hear God’s whispers of love.

Then say thank you to ‘The One Who Loves us Best’, put your hand in God’s hand and step out into a new year with a new love overflowing within you. 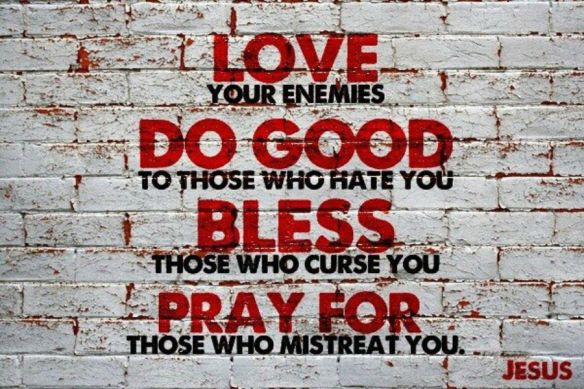