Philippa had been too busy that morning for any moments of thought; even when they came to lay out Dame Colette, the implications of her death had not dawned, though Philippa noticed Dame Agnes looking at her, Philippa, shrewdly once or twice; but when, after a hasty late dinner, she came out into the garth though recreation was nearly over, she found the Japanese nuns waiting for her.

They made such a frightened, small huddle of pathos that Philippa instinctively opened her arms and they ran to her like children; Kazuko, she could see, was almost beside herself and holding her close, letting Sumi cling to her other arm, Philippa talked to them calmly, reassuringly, tenderly as had become Dame Philippa’s way, and in their own language.
Slowly, under her familiar voice, the tension relaxed until, looking up over Kazuko’s head, Philippa saw the Abbess.
Abbess Catherine had come out from the cloister and was watching with such open approval that, suddenly, Philippa was warned. She felt a chill as if a cloud had come across the sun; she took her arm from around Kazuko, loosed Sumi’s hold and, ‘It isn’t possible,’ she breathed. It was the barest whisper but it seemed to split the Abbey apart, from garth to tower…

Come now, you who say, ‘Today or tomorrow we will go to such and such a town and spend a year there, doing business and making money.’ 14 Yet you do not even know what tomorrow will bring. What is your life? For you are a mist that appears for a little while and then vanishes. 15 Instead you ought to say, ‘If the Lord wishes, we will live and do this or that.’ 16 As it is, you boast in your arrogance; all such boasting is evil. 17 Anyone, then, who knows the right thing to do and fails to do it, commits sin.

Philippa’s ‘Good Friday’ was marked by not one but two deaths.

The expected passing of the much loved Dame Emily whom she had nursed as infirmarian, and the unexpected death of Dame Colette who was to have been the Abbey’s gift to the new House in Japan as its first Mother Superior.

And then, not a temple veil torn but an Abbey is torn in two, ‘It isn’t possible,’ she breathed. It was the barest whisper but it seemed to split the Abbey apart, from garth to tower…’ a third dying occurs as Philippa receives the approval of her beloved Abbess with a chill in her heart and she begins to ponder the implications of the death of Dame Collette. 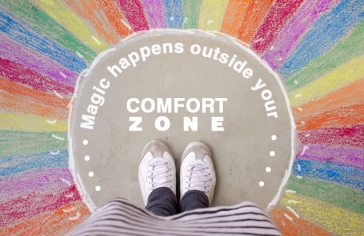 She thought she had escaped the shell of Mrs Talbot, ordering and organizing. She thought she had grown beyond the need to hide from her past as Sister Philippa did by cutting herself off from the community. She thought she had matured into being the caring Dame Philippa who tenderly nursed the wounds of the nuns, discovering in herself a new serenity and that most Benedictine of all graces, stability. And now it all hangs in the balance.

Life, infuriatingly, never seems to go to plan! That doesn’t mean we do not have a plan for our future – we must plan for if we aim for nothing we will be unerringly successful. It means that we must learn that all life is conditional.

During our journey through Lent many things have happened in the world around us that were not ‘according to plan’, massacres, disasters, and iconic fires. For each of us personally things have not gone perfectly to plan either. Some of us have met with grief as those around us die (hopefully full of years), some have known the joy of new loving relationships whilst others have seen love wither in acrimony and pain. And then there are all joys and challenges of being part of a worshipping community that – if yours is like any of the ones to which I have belonged – desires to always give of its best to God yet seems unable to do this without hurting her own members!

How then do we plan when we know putting our hopes and our future in earthly plans can be dashed away in an instant?

Father Andrew SDC was one of the founding fathers of what has grown to become the worldwide Society of St Francis. A Society which, like Topsy in Uncle Tom’s Cabin, has ‘just growed’ in wonderful unplanned ways. Mind you, speaking as a Franciscan, I do know that planning and preparation are not high on the list of our common charisms!

The different and essential good works being undertaken by the many new Anglican religious communities of his era always challenged Father Andrew. He used to warn his correspondents that if they were not careful, what they were ‘doing’ would become more important than who they were ‘being’. His advice, ‘The life is more important than the work.’ ­– keeping the rhythm of prayer and rule (life) above any activity (work) constantly calls me back to my senses when I find, like Philippa all my plans going awry.

For this is true, whether we are at the beginning of the journey faith or an experienced spiritual warrior, the various works we do for our Beloved will come and go. Some we will grow out of, some we will be called out of, some will be removed from us and, as Anno Domini works its way through our bones, some we will just not be physically capable of doing anymore. And when that happens, wherever it happens, whenever life interferes with our plans, if we have no life of prayer to hold us we end up with nothing at all…

Today and tomorrow are good days to dive deeper into that ‘life’ which is our midwife on the journey to give birth to life eternal.

O Christ, as we follow you down the Road to Calvary,
Guide as to beware active participants, not curious bystanders.
O Christ, as we stand with the mourners at the Cross,
Give us the love that can forgive those who trespass against as.
O Christ, as we witness the new life given to us through your Resurrection,
Empower as with faith to act and spread the Good News.

1) In the next few days watch a movie about the Passion.
There are many available but here is a short list:
Godspell, Jesus Christ Superstar, The Passion of the Christ,
and the animated The Miracle Maker.

2) There is one last day left of this Lent so there is one last opportunity to throw away something that is so precious to yourself that it is keeping you further from our Beloved than you want to be. Take a deep breath and let that one thing go.