Is This the One?

God give you peace, my sisters and brothers.

An ageing Agent Provocateur (John was his name), wearied by hustings and protest, manifesto launches and bus-side slogans, finds himself, (after shouting the odds once too often outside the election vote counting venue at Police Head Quarters, Martlesham), instead of being in the warmth of the assembly hall slumped against the cold dark concrete of a cell.

What was it all about? He wondered to himself.

Thinking back on the heady days of the promise of a manifesto that would make our nation great again.
Was it worth it?  What if he had backed the wrong team? Worn the wrong coloured rosette? Sold his political soul for a mess of parliamentary pottage and the promise of breathing the heady air of the Palace of Westminster?
What if he had made the wrong choice?
What if after all the door knocking and shoe leather, the baby kissing and the earnest promises, he was destined to spend not just a night but five years in the clink

Tired out and empty of all but his last breath of a diminished hope, he wastes his one and only phone call to speak to the Election Agent for his constituency and, breathlessly, despairingly asks, ‘[Is this] the one who is to come, or are we to wait for another?’

You really can’t blame John.
All those years in the wilderness preaching a message of doom and gloom yet at the same time offering the promise of a soon to come Messiah who would make everything right again.
He had read all the Manifestos. Written by assorted prophets down the centuries, each with their promise of a Promised Land overflowing with Milk, Honey, and freedom.
He knew that the restoration would begin quietly in a little-known place called Ephrathah. Bethlehem, as the posh people called it.

He knew that it would be different to how it had gone before.  After all, one exile after another had proven that the old ways of running the nation had led only to dissipation, idolatry, and oppression.

But would the new kid on the block be able to change things?  Would the carpenter’s boy from God-forsaken Nazareth be able to do any good at all?  Fine he was family and had been a playmate growing up alongside John.  Some might even have dared to call him ‘mensch’ but would he be able to overthrow the Romans and bring us back to the good old glory days?

Old wise inscrutable John was worried about this Jesus guy.  No one had thought to organise the rattling of sabres, there was no talk of sedition, there was no talk of alliances with the Maccabees and the Zealots.  Did this Jesus of Nazareth not know that you couldn’t organise a rebellion without some propaganda and a smidgeon of fake news?  Where were his promises to ‘take back control’ of God’s own country and restore power to the people?  What was his plan for new legislation in the first 100 days after the revolution?  When would we all start getting wealthier again and each of us be able to finally ‘sit under our own fig tree?’

Finally, at the end of a crackling phone call he hears an answer to his heart’s cry; 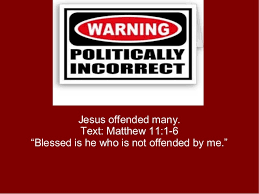 the blind receive their sight,
the lame walk,
the lepers are cleansed,
the deaf hear,
the dead are raised,
and the poor have good news brought to them.
And blessed is anyone who takes no offence at me.’     (Matthew 11v4-6)

No promise of new initiatives to build economic powerhouses?
No promise of new tech to conquer growing isolation?
No desire for a carbon neutral future?
No reduction in tax (but still, perversely, an increase in spending)
No decision to turf all the Jebusites out of Jerusalem and, for that matter, the Canaanites out of Canaan!

Just deeds showing care and compassion for the undeserving.

Which leader in their right mind would spend their time with the blind and the lame, the leper and the deaf, the dead and the poor?  Can’t he see that they are worthless?  Can’t he see that he needs to be spending time in King’s palaces not in shepherd’s hovels?  Maybe that birth of his in strange and straightened circumstances affected him more than our family had at first thought?

But what if he is correct?
What if the way to the Land of Promise is paved with our care of the sick and the lame, the bind and the poor?
What if this is how it should be?  Not a senseless chasing around after power, prestige and wealth but a humbling at the feet of those who have nothing?

This is no way to re-build a nation!
We will become a laughingstock in the corridors of power!
We will find that others don’t want to trade with a nation whose major export is the milk of human kindness!
We will no longer be sought after by the super-rich if they discover we spend all our energy on the dirt-poor!

And then, as the phone hangs-up, the weary captive Baptist John, remembers his first

To be a voice.

A voice in the wilderness proclaiming the coming of God and the year of the LORD’s favour. His heart beats faster as he turns from what he has been doing – which, like Eliza Doolittle, has just been a case of ‘Words, words. words, words’ – to living the rest of his life, shortened as it was to be by the executioner’s axe, as one of ‘Deeds, deeds, deeds, deeds.’

After all, as his cousin was to put it so succinctly later, (and so sign his own death warrant) we will not be remembered by what we said in our manifestos, in our soundbites and slogans, in our tweets and TV appearances.  It is by what we do, and nothing else, that we will be known to God.

And to do these deeds our leaders will need our help. 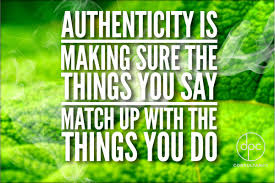 Pray that all of our leaders, regardless of the colour of the rosette they have been wearing, will learn that tomorrow is the day when the deeds begin.

Deeds that will herald a time when ‘the blind receive their sight, the lame walk, the lepers are cleansed, the deaf hear, the dead are raised, and the poor have good news brought to them.

We are to help them carry out what Jesus did and bring balm and hope to the soul of elderly imprisoned prophets across our land.

Later on in the Bible, when incidentally the Romans still held their jackboots to the throats of God’s people, another prophet had this to say;

Today, tomorrow, and for the future, make this prayer your own that we may have a godly government and not a wordy government.  A government serving the poor and neglected, not the rich and well-heeled.
A government that not only proclaims but lives, ‘The year of the Lord’s favour’.

[This blog ‘Is This the One?’ is copyright © Andrew Dotchin 2019 and may be reproduced without charge on condition that the source is acknowledged]