Answering God – 40 Days with the Religious Society of Friends (Quakers)

Children and young people need love and stability.
Are we doing all we can to uphold and sustain parents and others who carry the responsibility for providing this care?
(Advices & Queries #24)

Children, obey your parents in the Lord, for this is right. 2 ‘Honour your father and mother’ – this is the first commandment with a promise: 3 ‘so that it may be well with you and you may live long on the earth.’
4 And, fathers, do not provoke your children to anger, but bring them up in the discipline and instruction of the Lord.
(Ephesians 6v1-4)

Some of us will read the Scripture passage for today and wince.  We have not all had good experiences growing up and have learnt the hard way in our own childhood (if that has been our blessing) that there is no manual on parenting. 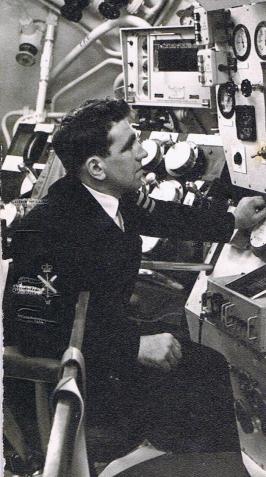 countries now ban or restrict parents beating their children – and neglect, do not help children grow up good.  All it does is give children poor role models for when they in turn become parents and then the cycle repeats itself.

I grew up in a boarding school where compliance was maintained by the fear of the Headmaster’s cane and at home with the threat of the strap when my father got home from sea. It took me until I was in my late thirties to have an honest conversation with my Dad, who was not the monster he had been made out to be.  I still mourn the loss of those years to fear.

When we were new-born parents we were part of a conservative church home group who believed that ‘discipline was next to godliness’.  ‘Spare the rod and spoil the child’ warriors who were good at quoting Ephesians 6v1 but forgot to read the rest of the chapter.  This meant us earnestly praying together as to how we would physically punish our three children when they drifted from the straight and narrow. This extended to the careful choice of the correct stick with which to beat them and a ritual that involved them fetching it, taking their punishment, and then demanding they give me (the Father has to lead in that culture) a hug afterwards.  They have grown into strong young men and are proving to be better parents and people than we were at their age.

I regret every time I beat them.
I cry over each time I let my anger rule my behaviour.
I am humbled that they have forgiven me,

sadly seemed to have passed White South African Christians by.  Perhaps if it hadn’t the horrors of Apartheid may not have existed for as long as they did if parents of all languages, cultures, and skin tones realised the poisoned chalice they were passing on to their children…

Today’s Advice reminds us that parenting takes more than two people.  This is not to say that lone parents are any less competent or capable than others.  One committed loving parent can be far more good for a child than a pair who spend their time thinking only of themselves at the expense of their children.

What it does say is that parenting is a heavy responsibility and those around them are called to do all they can to uphold and sustain parents.

This is not to be in loco parentis a phrase beloved of some of my cane-wielding schoolmasters, who were avid about punishment but not so good at protection.  Nor

does it mean that we are free to adopt a laissez faire attitude that takes the maxim mother knows best to its extreme and leaves parents and children floundering in the name of the God of Individualism.

The Body of Christ is made up of children of all ages and many reading these words would not now be part of that Body were it not for the loving care of faithful people who upheld and sustained our parents when they struggled with the magical mystery tour that is child rearing.

In our parish we help our parents help their children through Messy Church and Open the Book and try to be a source of encouragement rather than condemnation[i].  Whatever your community does to care for its children we need to remember that children and young people need love and stability and it is we, who have fought the battles of childhood and adolescence who are in the best place to, like Christ, use our wounds and scars to bring them healing and life.

Little Boy kneels at the foot of the bed,
Droops on the little hands little gold head.
Hush! Hush! Whisper who dares!
Christopher Robin is saying his prayers.

God bless Mummy. I know that’s right.
Wasn’t it fun in the bath to-night?
The cold’s so cold, and the hot’s so hot.
Oh! God bless Daddy – I quite forgot.

If I open my fingers a little bit more,
I can see Nanny’s dressing-gown on the door.
It’s a beautiful blue, but it hasn’t a hood.
Oh! God bless Nanny and make her good.

Mine has a hood, and I lie in bed,

And pull the hood right over my head,
And I shut my eyes, and I curl up small,
And nobody knows that I’m there at all.

Oh! Thank you, God, for a lovely day.
And what was the other I had to say?
I said “Bless Daddy,” so what can it be?
Oh! Now I remember it. God bless Me.

Little Boy kneels at the foot of the bed,
Droops on the little hands little gold head.
Hush! Hush! Whisper who dares!
Christopher Robin is saying his prayers.

1)  Read slowly the note from ‘Advices & Queries’ above again
2)  Due to the Corona Virus, in many countries children are being kept home from school.  Find a way to support a parent of a young one during this time.

Quotes from ‘Advices & Queries’ are copyright © The Yearly Meeting of the Religious Society of Friends (Quakers) in Britain, 1995, 1997 and 2008

Prayers from ‘Prayers for Hard Times’ are copyright  © Becca Anderson 2017

These Reflections, ‘Answering God’ are copyright © Andrew Dotchin 2020 – and may be reproduced without charge on condition that the source is acknowledged

[i] There are other programmes that work in similar ways.  Godly Play and Reflective Storytelling also come to mind