Walking in the Footsteps of Christ – Day 10

Saturday after 1st Sunday of Lent

These Reflections which take the Rule of the Third Order as their springboard, were originally published in Lent 2012 are being republished during Easter 2020 as a way of deepening our faith during the Covid19 pandemic which is affecting the whole world

The Second Aim:
To spread the spirit of love and harmony (continued)
We are prepared not only to speak out for social justice and international peace, but to put these principles into practice in our own lives, cheerfully facing any scorn or persecution to which this may lead.

St Francis Addresses Political Leaders
Pause and reflect, for the day of death draws near.  Accordingly I beg you as respectfully as possible, do not let your cares and preoccupations with the world make you forget the Lord or turn aside from his commandments.  For all those who forget him and turn away from his commands are cursed; they will be completely forgotten by him.  And when the day of death does come, what you think you possess will be taken from you.  And the more clever and powerful you have been in the world, so much greater will be the punishments of hell that you will have to endure.     (Letter to the Rulers of the People)

‘…cheerfully facing any scorn or persecution to which this may lead.’

The theory sounds good but being cheerful when persecuted for standing up for others tends to be only with the camaraderie of being once again found to be a member of the Awkward Squad. 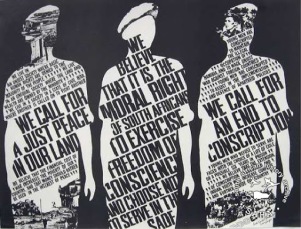 I remember in Johannesburg arriving late for a meeting of the End Conscription Campaign to find a group of strangers running around with guns in the home where we were meeting shouting at everyone present.  My first naïve response was ‘Great it’s a role play, I love role plays….’  Then I realised no one was smiling and our meeting had been raided by the Security Police.  By the end of the evening each of us had been questioned closely about our perceived treason of the South African State and had had our mugshots taken whilst holding a piece of paper with our name and Identity Number on it – as if we were criminals in an identity parade.  I spent a month living in fear of being deported and the upset that would cause my family and friends.

There were other times when I was arrested but thankfully never overnight.  I remember one particularly chilling occasion when a nervous conscripted soldier pointed a loaded rifle at my head (I felt physically sick when I heard him cock the weapon to fire) whilst I was questioned as to why I, a priest, was attending a funeral in one of the local Black townships.  Apartheid was determined to separate people even in death

Cheerfulness is definitely not the emotion that surfaces most readily in my breast when facing persecution for the sake of others!  When we stand for the Truth it is mostly about feeling isolated and frightened, that is how prejudiced powerful people ply their trade.  Facing persecution is an intensely lonely place and perhaps begins to give us some insight to how Christ felt on the cross – left alone and abandoned by those for whom he was suffering.

But if we can be brave enough to step into this realm of fear and uncertainty miracles may happen.

At the End Conscription Campaign meeting the young Security Police man who was ‘processing’ me was perplexed that I a ‘dominee[i]’ would involve myself supporting a bunch of communists.  We were able to share a few words which brought some salve to my soul and, I think, hope to him that the faith we shared was meant to bring life and care for all and not just those with whom we agreed.  Revealing to him that the young Conscientious Objector whom we were supporting was not a communist but in fact a sacristan in the Chapel at St Martin’s School where I was Chaplain, called the powerful gun carrying police officer to think of an authority greater than his own. 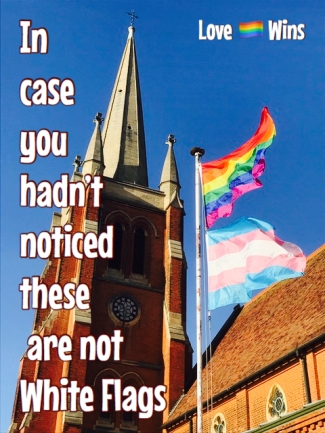 I have not been arrested (yet) this century, but that is mostly because I live in rural Suffolk and not in the environs of St Paul’s Cathedral!  But there remains much truth to stand for and speak about.  And doing this will still mean facing scorn and rejection.  It is difficult to be excluded from a precious clergy fellowship meeting because you support the care and inclusion of LGBT people in the life of the Church.  It is awkward to find Catholic and Evangelical leaning friends alike becoming distant as you become more vocal in the support for an open episcopacy of men and women.

These issues and others will continue, please Lord, to challenge me and call me to always stand for the Truth.

I am not a hero in doing this; each one of us faces situations of our own where the voiceless need a prophet, the neglected a pastor, and the lost a shepherd.  Scorn and persecution is nobody’s preferred diet, but they are meat and drink for Him who Loves us Best.  After all there is not much else on the menu for the followers of the crucified One… ‘the cup that I drink you will drink; and with the baptism with which I am baptised, you will be baptized’ (Mark 10.39).

It is as we learn to sup with him that we will find the joy that comes from truly knowing him.  For me, the writer of Philippians says it best of all:

I want to know Christ and the power of his resurrection and the sharing of his sufferings by becoming like him in his death, 11if somehow I may attain the resurrection from the dead. 12Not that I have already obtained this or have already reached the goal; but I press on to make it my own, because Christ Jesus has made me his own. 13Beloved, I do not consider that I have made it my own; but this one thing I do: forgetting what lies behind and straining forward to what lies ahead, 14I press on toward the goal for the prize of the heavenly call of God in Christ Jesus.    (Philippians 3.10-14)

O God of earth an altar,
Bow down and hear our cry;
Our earthly rulers falter,
Our people drift and die;
The walls of gold entomb us,
The swords of scorn divide;
Take not thy thunder from us,
But take away our pride.

From all that terror teaches,
From lies of tongue and pen,
From all the easy speeches
That comforts cruel men,
From sale and profanation
Of honour and the sword,
From sleep and from damnation,
Deliver us, good Lord!

If it were a crime to be a Christian would there be enough evidence to convict you?

This is an old challenge made by many a preacher in the past.  Is there any injustice or prejudice in your local community, in the wider church, in the world for which you should be standing to speak about more?

How will you do this? 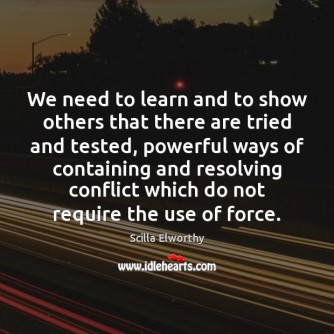 If I look back I see that fear lies to me.

‘You’ll fail,’ it said to me when I started out on the path.
‘Here’s how,’ painting detailed pictures of pain.
When I was on the way fear scared me again and again
‘Too weak, too old, turn back.’

I did walk on, encumbered by this load
It wasn’t easy,
but it wasn’t what I’d been told.

I didn’t fail.
Without the load I might have stumbled less.

The trick is to hear
when it is fear speaking
and hear it fast enough to let it drop.

Acknowledgements:
‘The Principles’ are from the Rule of the Third Order of the Society of St Francis – this version amended for corporate reading by Andrew Dotchin
‘The Words of Francis’ are from ‘Through the Year with Francis of Assisi’ selected and translated by Murray Bodo – copyright © Collins Fount 1988
Prayers are from ‘The Book of a Thousand Prayers’ compiled by Angela Ashwin – copyright © Zondervan 1996
‘You have breath for no more than 99 Words.  What would they be?’ were collected by Liz Gray – copyright © DLT 2011
These Reflections, ‘Walking in the Footsteps of Christ’ are copyright © Andrew Dotchin 2020 and may be reproduced without charge on condition that the source is acknowledged

[i] Literally means ‘Lord’ it is the Afrikaans title for a minister of religion.