Walking in the Footsteps of Christ – Day 30

Tuesday after 5th Sunday of Lent

These Reflections which take the Rule of the Third Order as their springboard, were originally published in Lent 2012 are being republished during Easter 2020 as a way of deepening our faith during the Covid19 pandemic which is affecting the whole world

The First Note – Humility (continued)
The faults we see in others are to be the subject of prayer rather than of criticism.  We take care to cast out the beam from our own eye before offering to remove the speck from another’s.

So when some gets it wrong do we respond with care or criticism, prayer or pillory, gospel, or gossip?  Learning to deal graciously with the failings of others is the place where humility comes into glorious bloom and shares its fruit with all it touches.  But if we choose the path of criticism grace departs and we not only belittle our sisters and brothers but also deny space for the grace of God to work in our own lives. 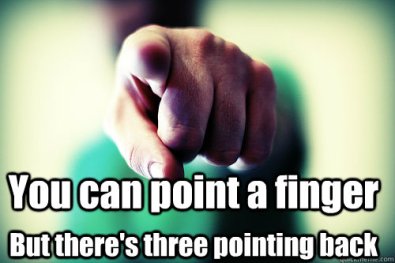 We would do well to remember that often the reason we are able to criticise the actions of another is because of our own experience at a similar failing.  Each time I point a finger at the faithlessness of another three fingers on the same hand point back towards me!

Prayer, as in so many cases, is the antidote.

When tempted to criticism there is the opportunity for three moments of prayer.

There is the private personal prayer for the fellow member of the Body of Christ caught in a fault; asking the Lord to be gracious to them and lead them into further righteousness.
There is the prayer of repentance for our own pride; realising that we recognise specks of sawdust in the eyes of others because of the familiarity with the block of wood hindering our own sight.
There is the prayer of thankfulness for grace received; having resisted the temptation to pride, we see reflected in the deeds of another a picture of our former self.  Truly a, ‘there but for the grace of God go I’ moment. 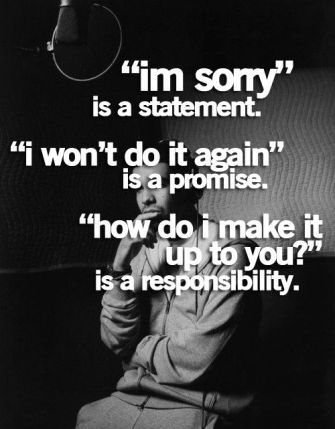 To walk this humble path is difficult, I know I am all too often tempted to speak rather than to listen and to correct others than to be transformed myself.  Every time I give into fault-finding instead of the call to prayer I find myself further away from home.

Dealing with brothers and sisters who find the journey hard, or who seem to have chosen to make the path difficult for others, requires grace, humility, and oodles of patience.  Dealing with the faults of others with care and gentleness is a biblical imperative.

Our Saviour did not desert the lost sheep but sought it out.
He did not condemn the woman caught in adultery but restored her.
He welcomed the anointing of his feet by the woman of ill repute.
How can we act in any way other than did He who, in seeing our faults, forgave?

O God, when I encounter the two imposters ‘triumph’ and ‘disaster’,
show me the truth once more.
Give me the good sense
to be neither puffed up with pride
nor plunged into gloom.
Pick me up and put me firmly
on the narrow way that leads to freedom,
and redeem both my mistakes and my successes
in your abundant mercy.

Can I see the power of God’s Spirit working through me in my own areas of weakness?
Where am I being critical of others?
Which things do I need to cast out of my own life?

Don’t waste time.  If you’ve got something useful to do, get on with it.
At 21, anyone over 30 was over the hump.  At 30, 50-year olds had a foot in the grave.  At 50, old people were 70 plus.  Now between 80 and 85, I want to know here the years went.
Even young women stand up and give me a seat on the Tube.
How did it all go so fast?
Moral: don’t waste life.  It’s too wonderful, interesting, and challenging for that.  But will God manage here without me when I’ve gone?

‘The Principles’ are from the Rule of the Third Order of the Society of St Francis – this version amended for corporate reading by Andrew Dotchin
‘The Words of Francis’ are from ‘Through the Year with Francis of Assisi’ selected and translated by Murray Bodo – copyright © Collins Fount 1988
Prayers are from ‘The Book of a Thousand Prayers’ compiled by Angela Ashwin – copyright © Zondervan 1996
‘You have breath for no more than 99 Words.  What would they be?’ were collected by Liz Gray – copyright © DLT 2011
These Reflections, ‘Walking in the Footsteps of Christ’ are copyright © Andrew Dotchin 2020 and may be reproduced without charge on condition that the source is acknowledged