The Regal, The Royal, and The Reign of God

Sermon for The Epiphany – Sunday 5 January 2020

Text: In the time of King Herod, after Jesus was born in Bethlehem of Judea, wise men from the East came to Jerusalem, 2asking, ‘Where is the child who has been born king of the Jews?     (Matthew 2v1-2)

Each year I try to attend at least one Carol Service during in which I have no part organising, leading, reading a lesson, or dressing up in robes or a Crimbo Pullover. All I want to do  is sit at the back, sing loud and deep, drown out any descant the choir is trying to sing, and wonder at ‘the child who has been born king of the Jews.’

This year I thought I had hit the jackpot as I went along to St Michael Paternoster in London for the Annual Mission to Seafarers Carol Service.  Trying to slip into the back row, I was shepherded towards the front and had the embarrassment of seeing some others evicted so that I could have a pew with a view.  So far, so awkward, but that wasn’t going to stop me from having a good old sing.  Only later did I find why I had been ushered forward, those sitting in my row would be amongst the first introduced to the Princess Royal over canapés afterwards!

It was an absolute pleasure to meet her again. The last time we had spoken I was a very shy (yes, there was a time when I was shy) 10 year old as she opened a new youth centre for the Royal Sailors Rest.  A long standing patron of the Mission to Seafarers she was well aware of the challenges faced by ‘them that go down to the sea in ships’ and it was good to know that the work of the Mission in our Port of Felixstowe is supported at the highest levels of the Realm.

Before anyone met Princess Anne we were given a brief guide to Royal etiquette:

Speak only if you are spoken to.

Only shake hands if one is offered.

There are, of course, differences between acting in a regal manner, demanding royal prerogatives, and living life under the Reign of ‘the child who has been born king of the Jews.’

The Magi, much like the House of Windsor when at its best, knew about acting in a Regal manner, when on the quest to find true Royalty.
King Herod knew about being ‘Royal’ but, as his actions after the birth Jesus and the massacre of the Innocents showed, knew very little about being ‘Regal’.
And ‘the child who has been born king of the Jews’ came to show us that Reigning is not all about Ruling and true Royalty are servants of their people rather than despots.

Down the centuries Christians have made similar mistakes to those of Herod. Christians must always be aware of the need to balance the privileges of being children of the Lord, the King of Heaven and Earth, whilst imitating Jesus who ‘was humble and walked the path of obedience all the way to death – his death on the cross.’ (Philippians 2v8)

When we are at our worst we descend to the money grabbing antics of the Tele-evangelists who need the latest private jet or the destructive self-serving rule of those who set Waco in Texas afire.

Children of the King must always remember the kind of King we worship. We are not ‘the crème de la crème’ and so entitled to travel First Class, as the title of a particularly shallow book encouraging the prosperity Gospel of  ‘confess and possess’ declared.  Instead, as the apostle reminds us:

As God’s servants, we try to recommend ourselves in all circumstances by our endurance: in distress, hardships and dire straits; 5 flogged, imprisoned, mobbed; overworked, sleepless, starving. 6 We recommend ourselves by the innocence of our behaviour, our grasp of truth, our patience and kindliness; by gifts of the Holy Spirit, by sincere love, 7by declaring the truth, by the power of God. We wield the weapons of righteousness in right hand and left. 8 Honour and dishonour, praise and blame, are alike our lot: we are the impostors who speak the truth, 9 the unknown whom all know; dying we still live on; disciplined by suffering, we are not done to death; 10 in our sorrows we have always cause for joy; poor ourselves, we bring wealth to many; penniless, we own the world.  (2 Corinthians 6v4-10) 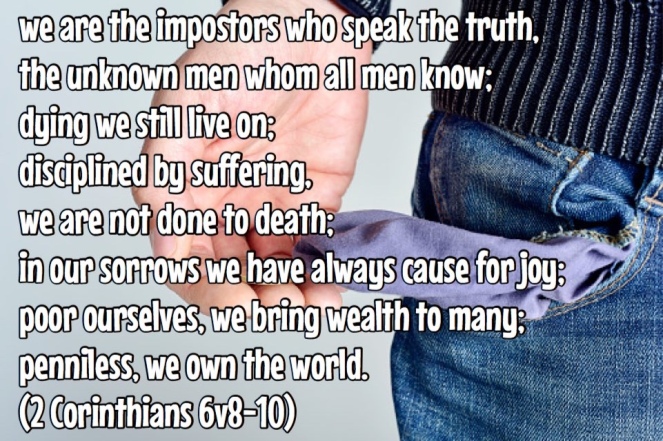 ‘Penniless, we own the world.’ doesn’t sound very Royal to me, Regal yes, but there is no Pomp and Circumstance in the household of this King!

A manger for a cradle,
Labourers, rebels and quislings for friends.
No place to lay his head.
A subject of ridicule and calumny, rejection and derision.
Not even welcome amongst the un-welcomed yet welcoming all the rejected.
And at the end left to die between two thieves, with wailing women and a young boy.

THIS is our King
This is the one the Wise Men seek.
This is the one of whom the powerful were afraid.
This is the one who brings all together in brokenness and calls His followers to allow themselves to be broken as they welcome everyone into the joy of the Reign of God.
This is what being ‘Regal’, rather than just being ‘Royal’, is all about!

He calls each of us to join the Magi in their quest for a King but He refuses to be found in the corridors of power.

Calling us to be like Him we will never find Him at the head of the table.  Listen to His words to His disciples: 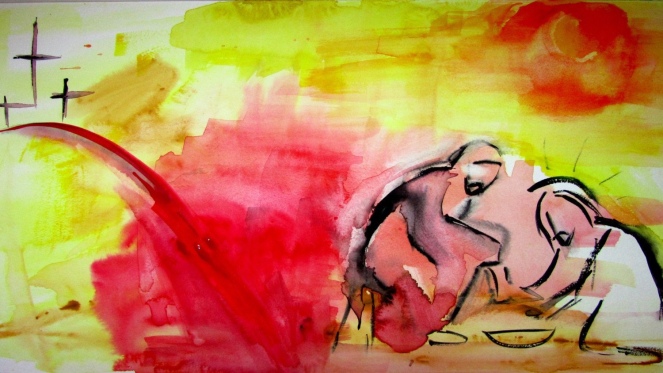 To seek the Regal rather than the Royal, to find the Servant King of Nazareth not the Despotic King of Judea, means that, like the Magi we need to go on a quest.

We know where to find Him, this one we worship Sunday by Sunday, the Lord of the manger of Christmas and the Conqueror of the Cross of Easter because He told us where to look for Him.

The problem with worshipping ‘the child who has been born king of the Jews.’ is that He refuses to behave in a Royal manner. Instead of triumphal processions, fawning courtiers, and Lording it over His subjects, He spends His time amongst the scourings of this world, the rejects, the worthless, the ones who ‘got what they deserved’, and makes His home amongst them

In the year ahead let us together look for Him amongst the hungry and the thirsty, the stranger and the naked, the sick and the imprisoned of our parish and our town.
We don’t go amongst them to be do-gooders – no amount of good works can persuade God to love us more than we already are.
We go amongst them so that out of their poverty, their estrangement, their rejection, their emptiness, they may show us Christ.

Join me on a quest for a king.

[This blog ‘The Regal, The Royal, and The Reign of God’ is Copyright (c) Andrew Dotchin 2020.  It may be reproduced free of charge on condition that its source is acknowledged]

2 thoughts on “The Regal, The Royal, and The Reign of God”